Multiple Capital, a fund of funds investor operating out of Frankfurt, Germany, has closed its €20 million raise for Multiple Fund II, which was open to outside investors for the first time. The firm offers access to the full breadth of the European early-stage startup market by investing in a diversified set of more than 500 leading European early-stage ventures via allocating capital to up to 30 micro VC funds all over Europe and the US.

Since launching its first fund nine years ago, Multiple Capital’s funds have performed top decile in the fund of funds and Venture Capital industry benchmarks and hold an indirect portfolio that includes 1 decacorn, 10 unicorns, and over 50 outliers valued at more than $100 million. The first generation achieved this result by placing capital commitments into 10 European rising seed investors who now mostly have become household names in the industry.

Ertan Can, founder and managing partner of Multiple Capital, spun out the investment company from its former family office umbrella and since then has successfully placed commitments in yet another 22 micro VC funds in Europe and the US with the fund’s second generation.

“We started our journey in 2012 when there was literally no other fund of funds investor offering a similar product in the European market,” Can says. “Our thesis focused on building a diversified portfolio of promising micro venture capital investors in Europe. We looked at the economics and realized small funds with less than 100 million USD in fund size focusing exclusively on the seed stage market and holding portfolios of up to 30 ventures managed by highly incentivized small teams offer the best risk-return profile. Two fund generations later, we have proven our model and are now looking forward to scaling up our product and giving new investors the opportunity to participate.”

Multiple Capital‘s differentiating strength in the industry is supporting its portfolio investors with insights and new contacts. Having proven itself in the European Venture Capital ecosystem, Multiple Capital enjoys an outstanding reputation and high visibility among established and emerging venture capital investors all over Europe. The company picks up to 30 best emerging micro VCs out of 600+ funds it sees, carefully balancing exposure to the majority of relevant, emerging ecosystems.

For these reasons and more, Paris-based investor Michael Jackson has been an unofficial advisor with Multiple Capital for the past two years and has recently joined officially as a venture partner. Jackson spent over a decade immersed in the European VC ecosystem, bringing his entrepreneurial experience and American mindset to the industry. “European tech has undergone a meteoric rise in recent years,” he says, “which has greatly helped Europe’s venture capital industry develop into not only a viable asset class but one of the more attractive asset classes on the planet. Multiple Capital has been at the vanguard of that ascent by backing the best emerging managers that Europe has to offer, often when no one else would. I’m thrilled to be part of that, and to help Multiple remain the best performing fund of funds in Europe.”

“Our vision from the beginning was to find a model that would democratise access to this new and often intransparent market to outside investors,” Can says. “Our approach to portfolio construction and risk management from the beginning was designed to fit the appetite of professional and institutional investors. Our product shows the lowest risk of loss, low correlation with other asset classes and the capability to consistently return in the top decile of the fund of funds industry in general.”

As of today, Multiple Capital has committed capital into more than 30 venture capital funds and holds an indirect portfolio of more than 700 companies. For investors interested in increasing their exposure to the venture capital asset class, the European focus and overall strategy of the fund offers a mature and promising investment opportunity. “A unique feature of our fund of funds model is that it can scale outstandingly well. While a single venture capital fund can not scale easily from 20 million to 200 million in assets without losing the promising features of its operating model, our model can be scaled up to 250 million without affecting the core thesis. For institutional and corporate investors, we are able to create dedicated and vertical fund of funds which we can offer under a managed mandate.”

The Company: Multiple Capital was founded in 2018 by its Managing Partner Ertan Can. The company, which operates out of Frankfurt, Germany, invests in seed and micro venture capital funds all over Europe and in North America. The company enjoys a strong brand in the industry and its disciplined investment approach is targeted to fit into the modern institutional investor’s portfolio.

invests in micro and seed stage venture capital funds globally with a focus on European managers. We seek out innovative, emerging, and solo fund managers in niche geographies and verticals that are often overlooked.

in a range of both generalist local funds and specialized sector funds, which gives our investors the opportunity to participate in some of the greatest technological innovations of the coming decades.

is to build a consistent, highly diversified, early-stage venture capital portfolio that outperforms their venture capital benchmarks and other asset classes, and to democratize the access to this kind of portfolio.

Multiple in the media

„Ertan is one of the very few LPs who are authentically an entrepreneur in the same way the early-stage founders he indirectly backs, through a great "nose" for authentic VCs. Truly a unicorn in dedication, mission and hassle, and a great way to weed out founders who confuse flashiness for value.“ 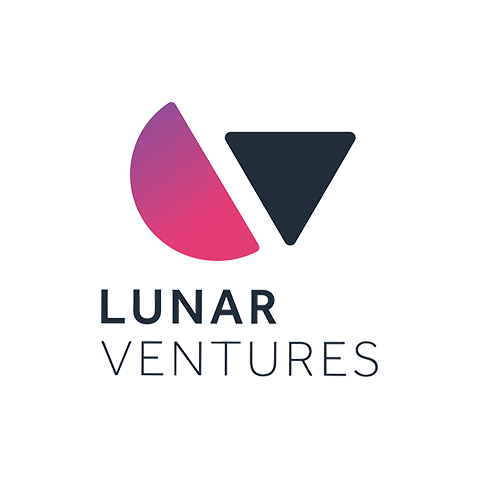 „Ertan has been a diligent partner for Earlybird Digital East since Day One. We have appreciated his dedication and no-nonsense approach in these hype-driven times.“ 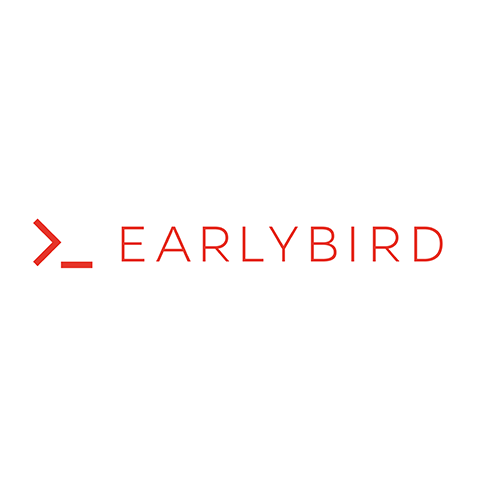 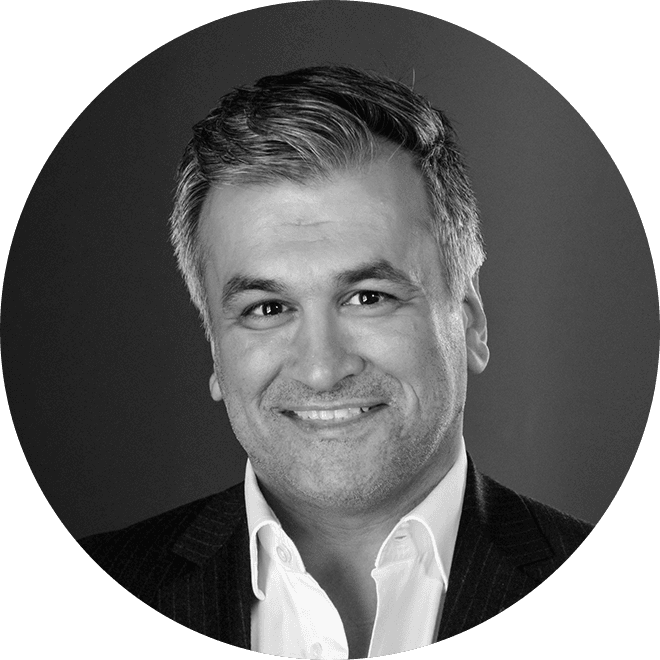 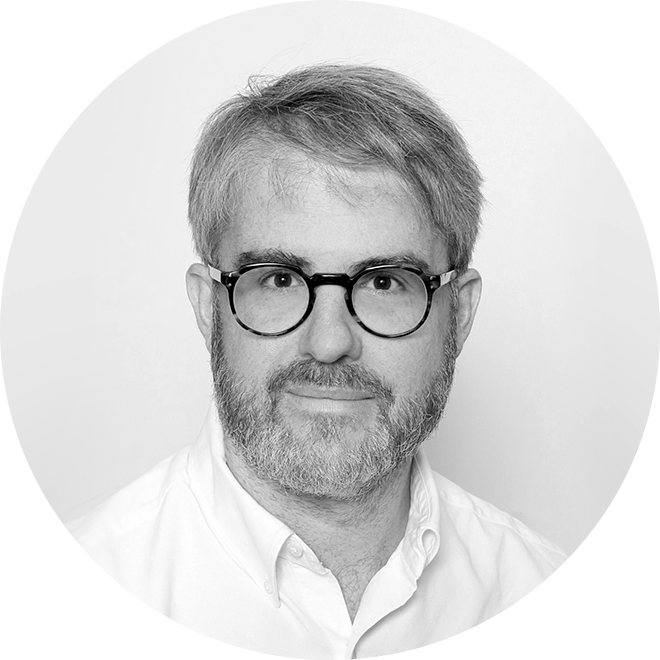 What are the benefits of investing in Venture Capital?

Venture capital (VC) often outperforms other asset classes in the long run. And when highly diversified, it can also be less volatile than listed equity markets. Plus, it allows investors to play an influential role in developing technology with a lasting impact.

What are the risks of investing directly into funds or startups?

Just like traditional methods of investing, diversification in funds and startups is crucial for mitigating risk. It’s also extremely beneficial to have extensive knowledge and connections in the industries of interest. Without learning how to make educated decisions about investing, the risk of losing the initial investment can significantly increase.

What are the benefits of a Fund of Funds (FoF)?

By investing in funds rather than companies, FoFs provide broad, diverse exposure to venture capital as an asset class. It can greatly reduce the risk of loss and volatility while increasing the probability of investing in the next big outlier tech companies.

What differentiates Multiple Capital from other Fund of Funds?

We invest in early-stage and micro funds, which include local generalists as well as specialists in up-and-coming sectors. As we’ve seen throughout our proven track record over the past decade, early-stage funds consistently outperform late-stage funds, and small venture capital fund sizes outperform larger fund sizes. Multiple Capital’s extensive network of over 1000 venture capitalists offers our investors diversified exposure to unique opportunities.

WANT TO CONNECT WITH OUR TEAM?